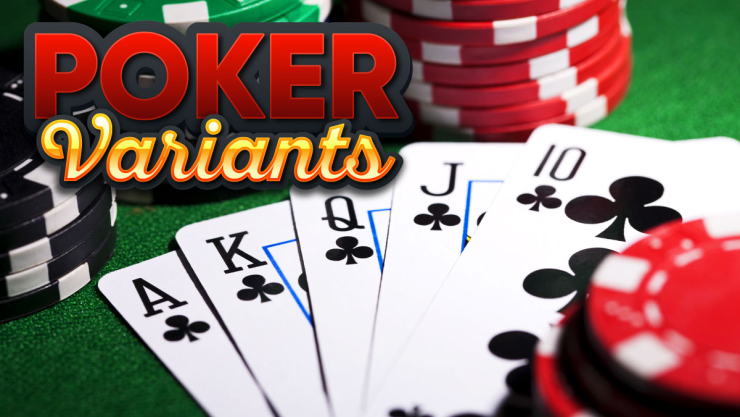 Here are the best and most popular variations of the poker card game:

This is currently the most popular among the ones in the list. In fact, it's considered a classic, with history going back as far as the early 1900s. It originated in Robstown (or they were the first to declare it) and was brought to Las Vegas only several years later.

Ever wondered why it has become so popular that it exceeded stud poker which was once the crowd favorite? Well, one of the main reasons is that it's really easy to understand. Beginners can play right away after being oriented with the rules.

In this variation, you get to create several actions on different streets: pre-flop, the flop, the turn, and the river. Nathan Williams, the founder of Elite Poker University, offers great tutorials on how to crush at the low stakes NL games.

This is another favorite among professional players. When it comes to game play, Omaha is a bit similar to Texas Holdem. But instead of getting two personal cards, you will be given four hole cards.

The catch is, you can only use two cards out of the four to complete the 5-card hand together with the 3 community cards dealt on the table.

While in the beginning a lot of newbies find Omaha confusing/challenging, once they really get into it, they end up truly loving the game for its action. Oftentimes, the former NL players find Texas Hold’em games boring and just end up sticking to PLO games.

This one is quite different from the first two variations mentioned. Many players don't favor the game mainly because it limits your ability to use strategies. It's basically a test of luck.

You will be given five cards and your goal is to make the best 5-card hand with those. In the first round, after your cards are dealt, you will have the chance to bet. Then, once everyone has placed their bets, you get the chance to exchange some cards to improve your hand. After that, another bet occurs. Then, the person with the best set of cards will win the game.

This was the best variant before Hold'em was discovered or popularized. It's a favorite game for those people who love using strategies to achieve their goals. Though luck still plays a big part in Stud (it's still gambling after all), you can increase the odds by knowing the right techniques.

This time, you will be given seven cards. Out of those, only three are private/personal cards and the other four will be dealt face up so that your opponents get to see it. Your main goal is to create the best 5-card hand out of that.

This one is a bit challenging, but was derived from the Seven Card Stud game. Here, you will have two winners who will split the pot. The one with the best hand will win, but can only take home half of the pot. The other half will be given to the person with the lowest or highest Spade hole card.

All in all, the most popular 2 games would be the Texas Hold’em and Pot Limit Omaha (PLO). You won’t find other variations running often in the casinos or poker clubs. They keep up with the demand, and the demand is that there are NL and PLO games that are the majority.

So, now that you know the most popular poker variants, are you ready to learn your chosen game? Keep practicing (at Toronto Poker Game ;) and soon enough you'll be able to play like a pro!